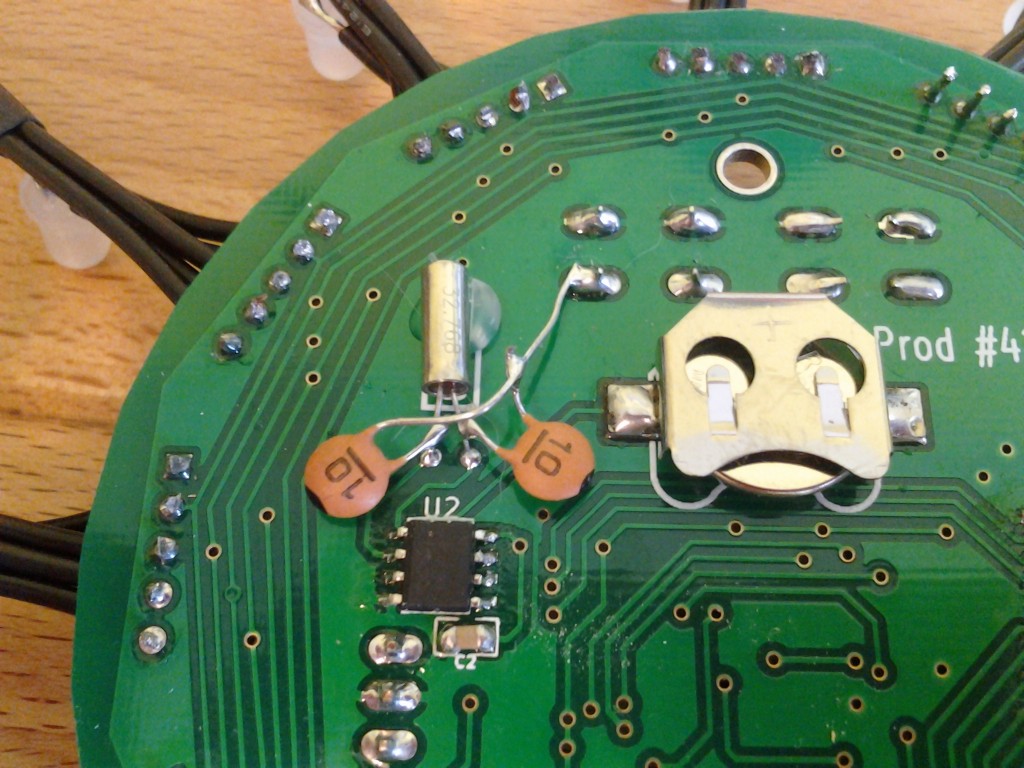 Earlier in the summer I was talking to Bob Baddeley at a Sector67 meeting about my clock problems with the Binary Burst clock. I’m a little bummed out that I didn’t dig down and find the recommended application circuit for the RTC before I sent the board off for production. Bob suggested that it wasn’t a deal-breaker that I didn’t use a clock crystal with the same load capacitance, but that adding capacitors might fix the problem.

As you can see above, that’s what I’ve done. I added two 10 pf disc capacitors which I had in my parts bin. I soldered one end of each to the crystal legs, and connected the remaining capacitor leads to the ground side of one of the switch pads. This has greatly increased the clock stability. I don’t yet have numbers for you regarding the accuracy but it is still within a half a second after six hours (just a visual comparison with the seconds hand on my wristwatch). l’ll be testing it for few weeks and plan to report back.

I’d love to get a little help with math if you’re up to it. I just guessed on the 10pf value used here. This formula is given in the application note for the RTC to actually calculate capacitor values:

I’ll link the documents below. I have no idea how to plug in the numbers to this equation, but would love to hear about it if you know what you’re doing.