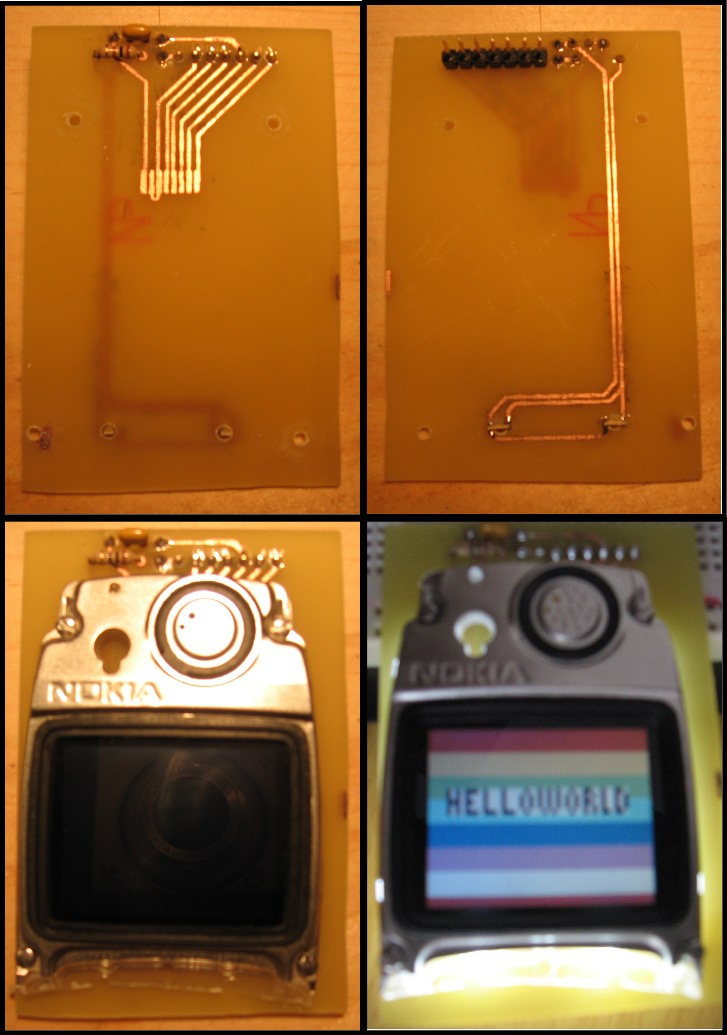 I have manufactured a breakout board for the nokia 3595 lcd screen. As you can see this facilitates both interface with the screen itself as well as a backlight.

For the backlight I salvaged two LEDs from the phone board itself. I carefully measured and laid out the location for the copper to interface with the “spring” connection for the screen as well as the holes for the LEDs. The LEDs are SMD devices that are soldered to the bottom of the board and stick through a hole to the top of the board. I then cut the keypad area off of the plastic housing for the LCD and used that in conjunction with the metal frame from the phone to mount the unit to my home built PCB.

This is my first double-sided PCB. It doesn’t have the cleanest lines but it works and that’s good enough for me. I found it a bit more difficult to iron on the toner to both sides without smearing it (due to too much heat or from moving the paper while I worked).